A few words from our Coach…

The shortest distance between two points is certainly a straight line… but life has a funny way of sending people on the scenic route to get them “there,” doesn’t it? (As an aside, that statement would imply that I have an idea where “there” is, but to clarify before I even begin – I do not.)

The story of JAM and my story coincidentally, are certainly great examples of that. If nothing else, they add a few more points of proof to the theory that everything in life happens the way it is supposed to.

“When I grew up,” I never had any intention of being in the industry I am now. I attended the University of Toledo on a wrestling scholarship, originally majoring in civil engineering. After injuring my ankle, I dropped out to work and coach. For five years I was the Head Varsity wrestling coach of Northview High School in Sylvania, Ohio. I loved it. To support myself, I took a job at a Bandag retread plant. I started out breaking down tires and worked up to be the lead section repair person for the plant.

After getting laid off due to the loss of the plants largest customer, I moved to California and took a job as a mechanic. I returned to Ohio in 1991 and went to work for a chain of tire and automotive shops. I worked my way from tire installer to eventually become General Manager. This was accomplished by the generosity of my boss Randy Jones (no relation) who sent me to Ohio State where I completed their Executive Development program in 1998. During my time, we grew the chain from 7 stores to 12 with over 150 employees. During this same time, I also partnered with my uncle and we developed a 42 unit rental property business.

In 2003, with the support of my beautiful wife Jennifer, I sold all the rentals, mortgaged the house, pulled every penny we had, cut my income from six figures for a salary of $30,000 to partner with Mark Krebs (whose financial transition mirrored my own) and started JAM Tire. (JAM stands for Jim and Mark, by the way.) We opened for business on September 3, 2003. Our first 30 days in business, we operated out of a construction trailer on dirt lot. We had two pickups that served as our service trucks.  Our “garage” had a heat lamp and no running water. 30 days in, we had sold one set of truck tires and did $5,000 of total sales. It didn’t take much discussion for Mark and I to decide it wasn’t working. I came home and told Jennifer we were shutting it down. 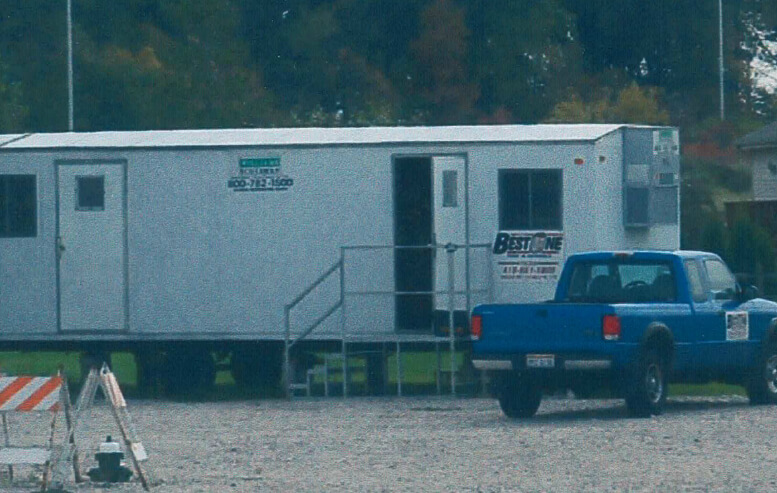 She asked me, “Did the bank tell you to close?”

She asked again, “Did the city tell you to shut it down?”

Once more, she asked, “Did someone else tell you to close?”

Then, as any encouraging wife would say, she rolled her eyes and replied “Then get your ass out there and make it work. Our house is on the line!” Not surprisingly, Mark’s wife said basically the same thing. So we kept going. Things did get a little better each month; and in July 2004 we moved into a brand new, custom built shop in Northwood, Ohio.

Since then, we have grown by finding the best people to work with – both team members and clients. We now have 8 stores in Ohio and Michigan, and have partnered with the Best-One network, who boasts over 250 locations nationwide. I call myself Head Coach because that’s how I want to be seen. My role is to find the right players (again in both clients and staff), make sure they know the game plan, put them in the right places on the field, and then let them win the game.

I’m pretty proud of how far we’ve come and the impact we’ve helped to create in the businesses we’ve partnered with. (Check out my favorite example here.)

I hope you’ll come see us or give us a ring. I’d love to show you what our playbook can do for your fleet.