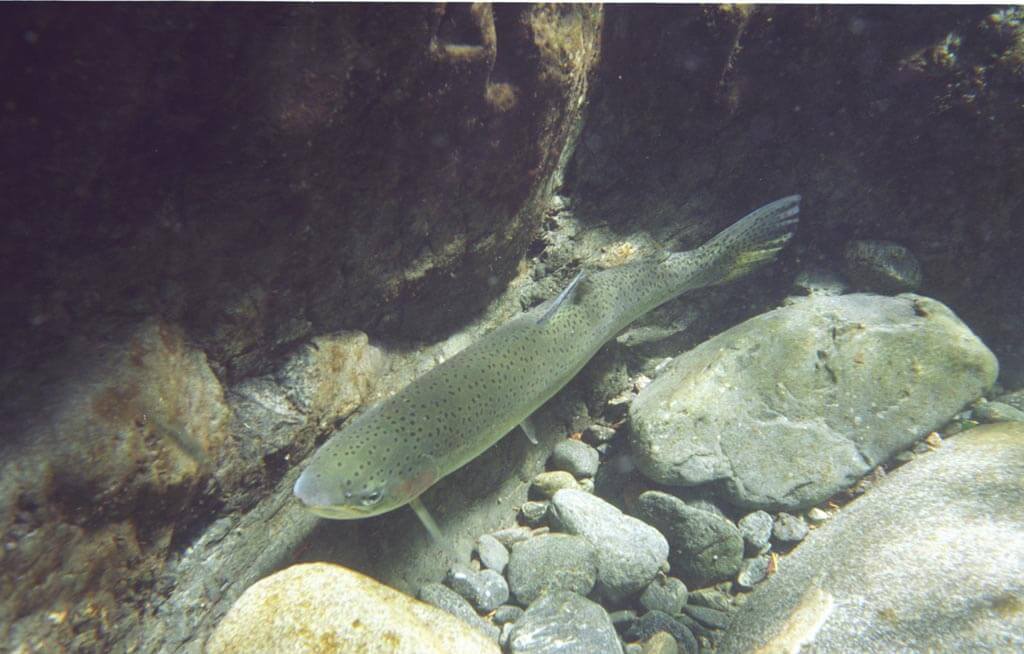 Okay, okay. So maybe I’ve been rather swamped lately and haven’t been keeping up on the Transport Topics that are shared with me. What can I say? Generally, if it isn’t digital, it takes forever to get consumed. I do scan through the daily round up sent out by both Transport Topics & OverDrive via email; and I am a loyal reader of Wendy’s column from The George & Wendy Show (which, I’ve said before but bears repeating – if you’ve NOT been reading her stuff, you’re missing out on a fresh, candid writing style and personal take on the industry that would make you a lifetime reader as well.) Anyway, it isn’t like I’m not trying to keep a finger of the heartbeat of our industry–it’s just that, like everyone else,  I’m busy. ((Sigh))

So, when I relay this super cool story I found in the Transport Topics print edition that talks about truckers basically saving an endangered species… and you’re a  fishing person and you know it’s been several weeks since the last salmon run in Cali, which makes this totally old news and yet here I am still writing about it??

Well… I am going to ask you to forgive me for that.

And also for that run on sentence. (Which was almost worse.)

Let’s talk about fish. And truckers.

By now everyone has heard about the record setting drought going on in California. The drought has now lasted four years–the longest stretch yet–and is putting an already arid climate into an even tougher situation. Beyond the impact on crops and the increased threat of wildfires, the drought has effectively removed the thoroughfare for tens of millions of young salmon that make their travels down the San Joaquin and Sacramento Rivers to the San Francisco Bay, then eventually back up the rivers to spawn. The rivers have been fed historically by streams coming down from snowpacks high atop the Sierra Nevada, making their waters high enough and cool enough for the fishes survival and the survival of their spawn. But because of this drought and the subsequent use of resources to keep farms and cities with water, several of the states native species of salmon are dwindling  – one of them falling to low enough numbers to be considered a “species of concern” under the Endangered Species Act.

Just how serious is this issue? Consider these facts. The salmon industry in California is a BILLION dollar industry that annually employs THOUSANDS of people.  Not to mention salmon itself is a species that has existed for millions of years before we even came along.

Now consider this: Last year, it was cited that 95% of the state’s winter-run salmon died.

Even if you couldn’t care less about environmental issues – you’ve got to admit – that number is INSANE.

So to combat this crisis, state and government forces teamed up to transport these fish around what they called the “death zone” to a tributary just miles from the ocean – in the hopes that they would be able to make it to the ocean safely. It was a band-aid fix at best. Now the fish need to travel back upriver to spawn. Since the drought has continued, a new round of regulations on water use in California are being enforced, and there has been discussion of needing to taxi the fish back upstream. Some scientists are not even sure how this huge change to their migratory patterns will effect the species.

It’s just all around a bad situation.

Now you’re probably wondering how this all relates to truckers and why I would pen a post under the “Industry Awesome” tag that talks about natural disasters and the decimation of a species. Right?

The heroes in this story, besides the scientists that came up with the idea, are the people that are physically moving these fish. How the heck do you transport millions of fish and millions of gallons of water hours south and then possibly back north again? Any trucker could tell you – how do you move any large volume of fluid anywhere on land? A tanker truck of course.

So now the trucks that very literally move our nations economy are having a hand in saving a portion of it in California – not to mention the welfare of a entire species that has existed for years before us.

I’ve got to put this out there again: Have you thanked a trucker lately?