Industry Awesome: "The Stuff Strong Communities Are Made Of" | Semi Truck Repair 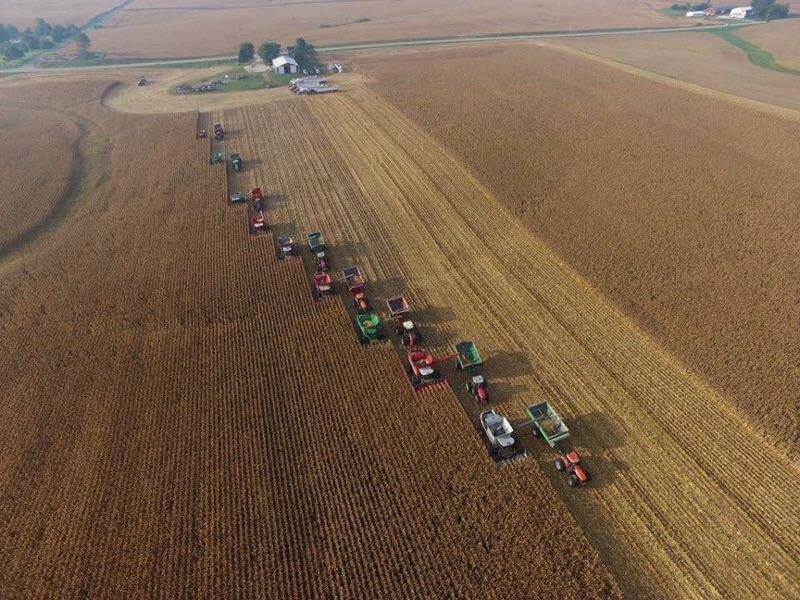 It’s been a while since we’ve posted anything in our Industry Awesome category–and apologies are totally necessary. Good things (contrary to popular belief) do happen on a regular basis. We unfortunately do not catch all of them to report here.

Our friends over at the George and Wendy Show though shared something on Facebook this morning that we would be remiss not to mention. If you haven’t heard about this yet, you clearly live under a giant rock. Fear not though, with over 20,000 shares on their facebook post – if you haven’t yet and you stop reading this post right now – it will still probably cross your field of consumption somewhere in the next couple days.

Here’s what happened; get your tissues ready. Carl Bates is a farmer in Galva, IL that was diagnosed with terminal cancer some time ago. We don’t know what type of cancer or how long ago he was diagnosed; but none of that stuff really matters. What we do know is that the gentleman was in hospice care at his home and had 450 acres of corn ready to harvest and no way to do it. His family members had been discussing just how they were going to tackle the job so they could focus their worry, time, and money on Carl. Dan, Carl’s cousin spoke with neighbors about a week before the event to gauge the level of interest and “it just blew up from there.”

“Friday, September 25th, 40 people worked 10 combines, 12 grain carts, 16 semis (with 12 donated by Rumbold & Kuhn) to harvest all 450 acres in 10 hours. Normally, Dan said, that entire harvest would take a week, about 80 acres a day, weather permitting. Last night, the last of an estimated 100 semi-loads of corn was delivered to Rumbold & Kuhn’s elevator, which stayed open late to receive it all.”

Farmers, truckers, and community members alike came together to help a person that some of them had never met. Indeed “the stuff strong communities are made of.”

Check out the entire story here.