A Mack Gets Its Stacks! | Semi Truck Repair

(This post was written by Owner-Operator Jamie Hagen of Hellbent Xpress LLC. Mr. Hagen recently was privileged enough to be able to take a tour of the Mack Plant and was kind enough to share his experience with us here!)

This journey really began at the Mid America Truck Show in 2014 when I had an opportunity to drive a Mack truck around the facility. From there it grew into me putting in an order for a 2016 Mack CXU613. I was asked by my salesman  (Eric Hamiel of Sheehan Mack) if I would like a tour of the plant in Macungie, PA where my made with American pride Mack was assembled. A chance to witness pure American heritage in action, of course I’m taking them up on that offer. That’s the equivalent of asking if a Christian would like to visit Bethlehem. I was offered a flight out there but in the end I told them “I’m a driver, I don’t fly, I drive”. So with a load of delicious Canola oil on board I traveled to Pennsylvania. I made my delivery and managed to be on time in Macungie.

It was there that I met up with Neil Tolbert, Mack trucks media guru. He was there to help me with my tour but also to get my side of the story – the story of an owner operator choosing Mack from all the rest of the pack. Neil and I started our tour of the Assembly plant with Nelson, our ambassador who retired off of the Mack assembly line several years back. (All total I believe he said he had 40 years with Mack, but truth be told I can’t remember because there were so many people that gave me their number of years and none were under 30 years. Must be one heck of an organization to keep people like that.) 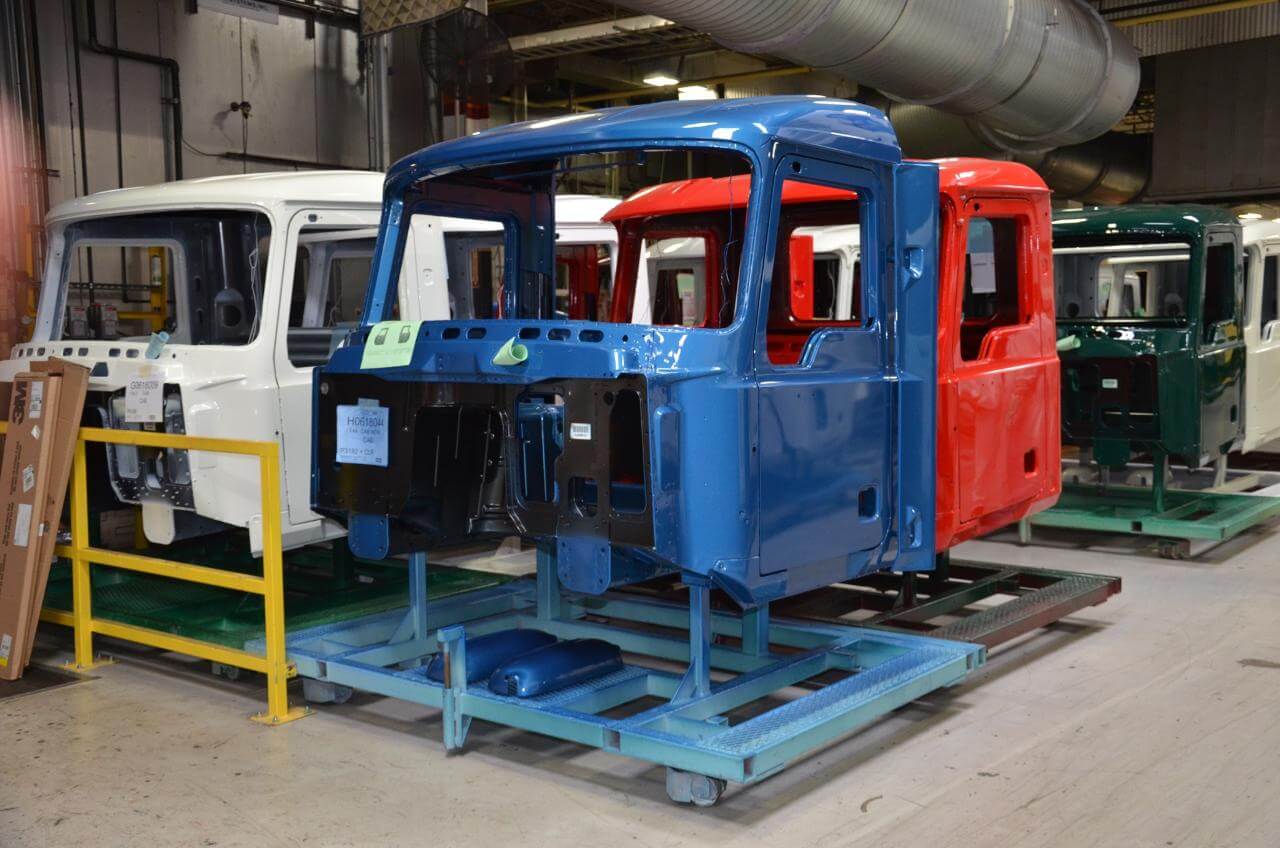 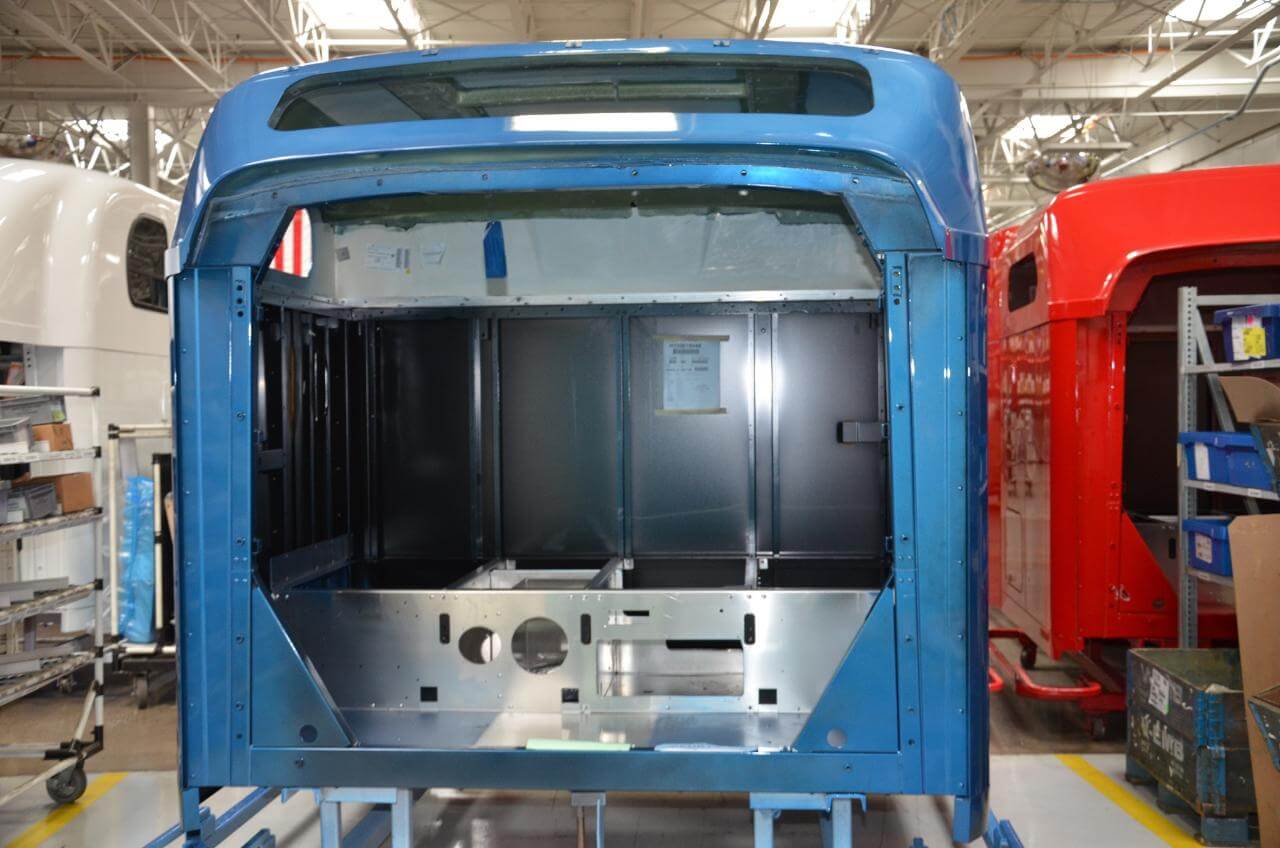 We started watching cabs be assembled with interior pieces then moved on to the paint booth. Watched hoods, sleepers and cabs get hand painted by professional body people. In case you’re wondering they do do custom colors and paint schemes; and I’m sorry but a “plant operation” that does custom work is just downright impressive. We then proceeded to the big line where all the magic comes together. I watched a frame come in the plant and leave a truck. It started with suspension, then axles, then airlines and wires. They painted the frame and components black (FYI they can custom paint that also). From there it got real, real fast. 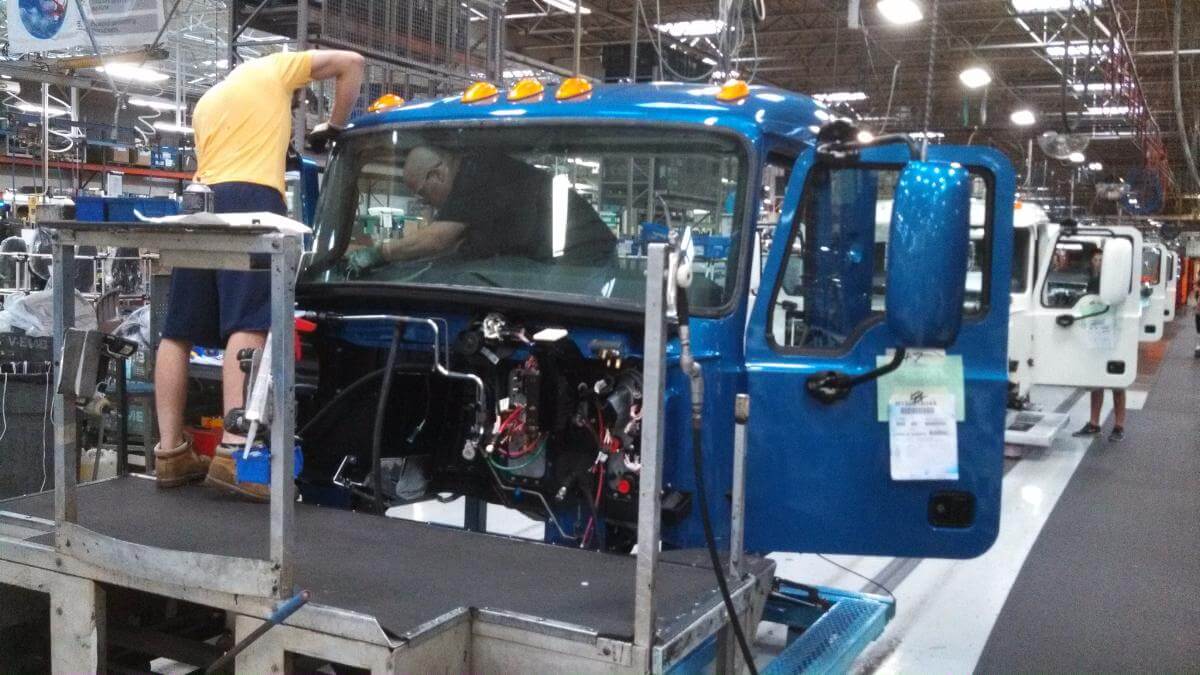 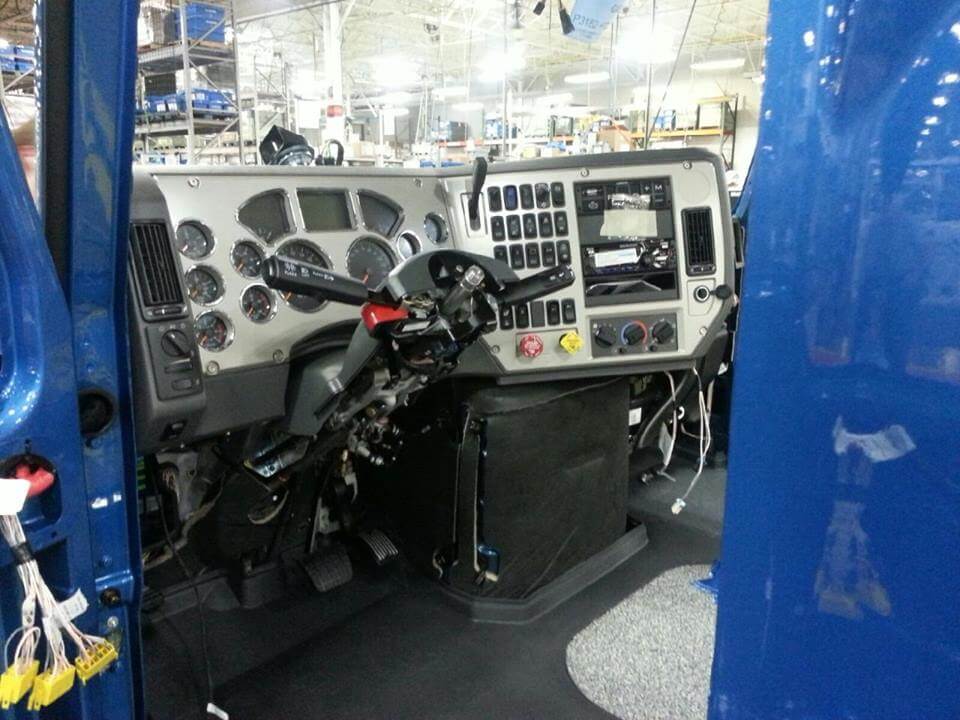 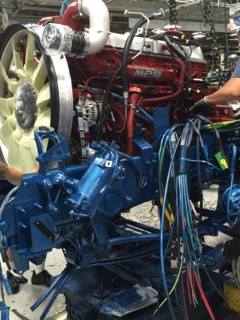 A beautiful red heart (Mack engine) was lowered into the frame and bolted up to a Mdrive transmission. Could it be, yes it is, this dog was going to be a pedigree. That’s when the truck is all Mack components. They lowered a cab down and then came the sleeper. A minute later the hood was on and things were quickly coming together. I had to ask my ambassador when did they put the wheels on because it all happened so fast. As I watched these workers assemble this truck I couldn’t help but be filled with pride. Here I was watching Americans put their heart and soul into an American legend, a Mack. I watched that beautiful gold dog come to life and drove away with a tear in my eye. (Okay not really but it does sound nice, doesn’t it?) 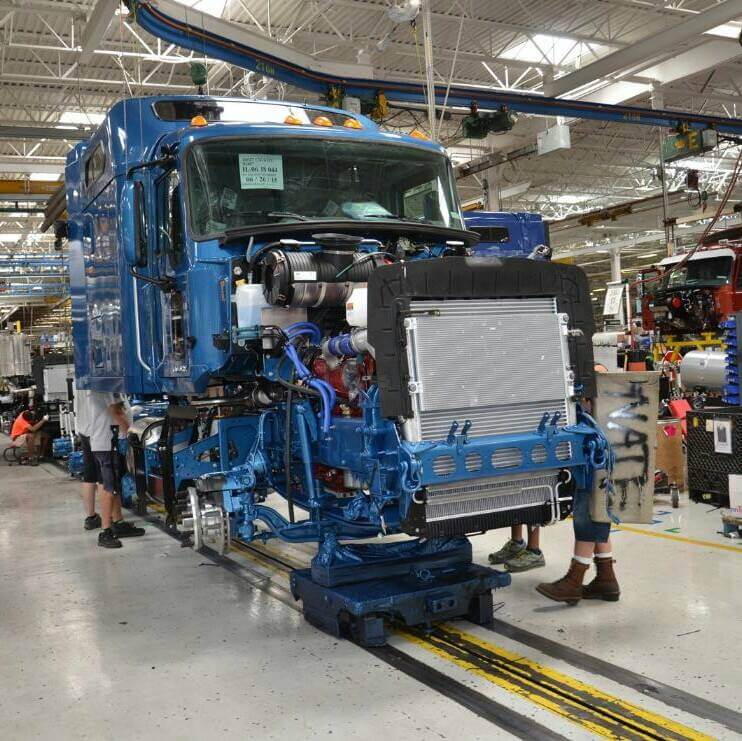 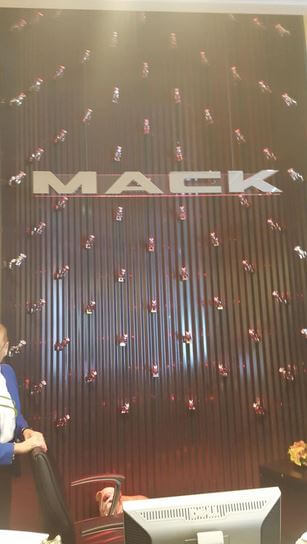 From there we went to the customer  center and Mack Museum. I was greeted by an amazing woman who gave me a brief lesson in Mack-ology and why she has been there for 50 years. I’m telling you all if there is one thing I have learned its that Mack takes care of it’s people. There they have a Wall of bulldog hood ornaments, 115 of them, 1 for every year Mack has been in business. At that point my level of being impressed went into overdrive. I got to see where the beginning of it all happened and why. They let me sit behind the wheel of some incredible vintage trucks. The original bulldog that helped allied forces win WW1, fire trucks, cabovers, V8 powered monsters, they had it all. I shook hands with the president of the company as we took pictures and he asked me what I thought of it all and all I could say was “that was the most excellent Mack tour.”